Press release of the Columbian Army

Villavicencio. The Fourth Division Command regrets to inform that soldier Dario Guerrero Nandar has passed away. He was assigned to Engineer Battalion ‘General Carlos Albán’ from the Seventh Brigade, he died in a regrettable incident that is currently being investigated.

The happening took place on September 3 of this year, in the vicinity of this settlement of Santa Rosa, municipality of Acacías (Meta), when the military unit to which the soldier was assigned was carried out control military operations in the area.

According to the first reports and investigations performed by CTI, it was understood that death was caused by an attack from two Fila dogs. 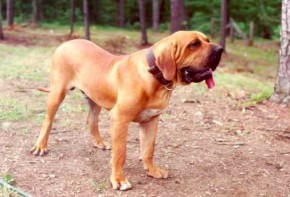 The commander of the Fourth Division, Brigadier General Pedro León Soto Suárez, presents his most sincere condolences to the family and friends of soldier Dario Guerrero Nandar, and at the same time he ordered a full investigation in order to determine the exact circumstances surrounding the regretful incident.

With information from the Army’s Fourth Division Press Office